Anand Mahindra shared a video on Twitter that showed the change in a doctor’s handwriting from the 10th standard to when he/she becomes a specialist. The clip has gone viral online with over a million views. 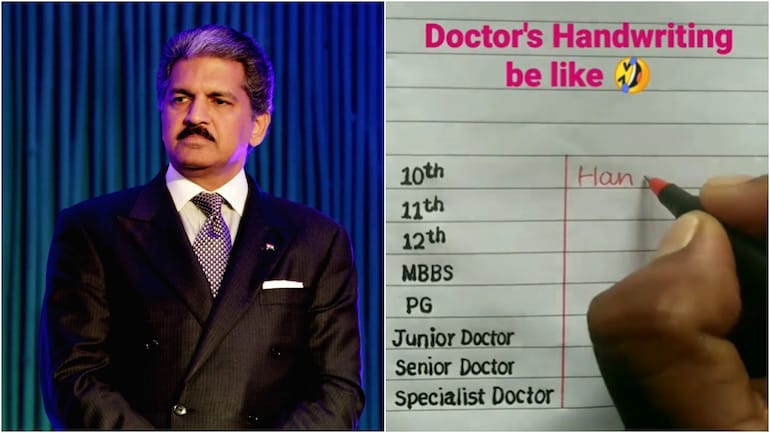 Anand Mahindra shared a video that showed the change in a doctor’s handwriting.

Mahindra Group Chairman Anand Mahindra is quite active on social media and his Twitter account is proof of that. He knows how to keep his followers hooked by sharing interesting content that goes viral in no time. On September 4, the industrialist shared a video of the evolution of a doctor’s handwriting. Confused? Well, you will need to watch the clip to find out more. And, obviously, it is viral.

The now-viral video was shared by Anand Mahindra on Twitter. The short clip featured the change that comes in a doctor’s handwriting from the 10th standard all the way till he/she becomes a specialist. “Doctor’s handwriting be like,” reads the text in the clip.

“Hilarious, but true,” Mahindra wrote while sharing the post.

The video garnered over a million views after being shared online. It also triggered an array of reactions from netizens, who took to the comments section to express their thoughts.

” Too many patients to cater to and very little time and so it is,” a user wrote.

Another user commented, “Digital has taken over writing skills for everyone.”

“Digital” has taken over writing skills for everyone

What are your thoughts about this?