Data has replaced oil as the world’s most valuable resource. But increasingly, our data is stored remotely “in the cloud” and climate change — challenging the resilience of the internet — puts access to our data at risk.

Urban planner Duane Verner learned just how vulnerable our data are in the climate-changing world.

When the COVID-19 pandemic closed his office in Lemont, Illinois, in March 2019, Verner was fortunate to already be working from home.

Unfortunately, what was not working was his internet connection.

“I had horrible issues with reliability with my own internet at my own house,” Verner recalled. “We spent countless hours with support people.”

Finally, he said, a senior technician was able to diagnose the problem: it was flooding. Unusually heavy winter snow, ice and spring rains disrupted the fiber optic box on his street, which connected Verner and his neighbors to the internet.

Ironically, Verner deals with disaster planning and infrastructure resiliency at the Department of Energy’s Argonne National Lab in Illinois, where he manages the group in charge of critical infrastructure protection. That includes the internet.

The global internet infrastructure was constructed in the 1980s and ’90s using systems and buildings in places that were designed to withstand the climate of the past. As Verner learned, the climate of the future is already disrupting the present.

“As the climate is changing, we are stressing these systems in ways that have never been stressed before,” he said. “There is increased precipitation and flooding in areas that never used to flood. That’s where the resilience of the internet would be most susceptible, most vulnerable.”

Much of the internet hangs by a thread — fiber-optic thread. A single cable can include hundreds of glass or plastic threads and transmit terabytes of data to the cloud. But while the cables are wrapped in protective coverings, they can still be vulnerable to extreme weather.

Many people think of data as streams of ones and zeros “traveling magically through the air,” Flynn said. But in reality data are “moving through a physical infrastructure.” Flynn said safeguarding vulnerable nodes on the internet is a priority because we’re so dependent on the internet for virtually every aspect of our lives.

Today, an estimated 31 billion devices link us to our data in the cloud. By 2025, it is predicted there will be 75 billion.

The internet’s redundancy makes it inherently resilient. If part of the network goes down, data can be rerouted. But some nodes along the infrastructure connecting us to our information are potentially vulnerable. Some of these are “mission critical,” or what Flynn called “lifeline” internet control systems.

He ticked them off: water, power, telecommunications.

“We really have to make sure that they’re able to provide some level of essential function no matter what comes our way,” he said. “That’s a new mindset we have to really embrace.”

A “Mission Critical” System At Seabrook

Natalie Hildt Treat, executive director of the Amesbury, Mass.-based C-10, said her group has already embraced the mindset, because they have to.

C-10 monitors the Seabrook Nuclear Power Plant, just over the border in New Hampshire. This makes them “the only independent field-monitoring network surrounding a nuclear plant,” Treat said.

The group has been pioneering efforts to make the internet more resilient against climate change by focusing on the unique network of monitoring stations around the power plant.

C-10 was formed in the 1990s by citizen activists living within 10 miles of the Seabrook plant.

In the early days, volunteers would drive to monitoring sites and collect floppy disks full of data measuring radiation, wind speed and direction. Such data can be critical during a nuclear disaster: During the Fukushima crisis, residents were evacuated into the path of the radiation because there was no independent method for tracking the wind.

“We need uninterrupted power supply, as well as internet, to keep operating,” Treat explained. “With the impacts of climate change and more flooding and storms, it’s all the more important to have eyes and ears on the safety of the plant.”

In October 2019, the day before Treat was scheduled to meet with state officials and ask for funds to make C-10’s monitoring network climate-resilient, a fierce storm lashed the coastline.

“We had one of these bomb cyclone weather events, and I believe six of our stations were knocked out — some of them maybe for a few days until Mike could get them all up and running,” she said. “That was a wake-up call.”

The “Mike” she referred to is Michael Mansir, C-10’s network administrator, who recently pointed to a white dot on a computer at the heart of the organization’s network in Amesbury. The dot represents the Seabrook Nuclear Power Plant. Surrounding it are 18 small circles — C-10’s remote monitoring stations measuring beta and gamma radiation and the wind.

“We have lost internet at various locations, and I actually have two stations that went down last night that I have to troubleshoot,” he said. “I’m assuming there’s a network issue.”

C-10 is seeking support from the state and local donors to make its detection network resilient to climate change. To show where it might be installed, Mansir entered an old mill building in Amesbury and climbed three flights of stairs, leading up to one of the Seabrook monitoring stations.

“Now, this might be an ideal location for the battery backup unit,” he said, approaching a door opening onto the roof. He cautioned against getting too close to the roof’s edge — “it’s a little scary up here sometimes.”

From the roof an antenna was visible on Powwow Hill — the highest spot in the area.

“This is our radiation probe and up here is our anemometer,” he said, pointing to the instruments mounted to the rooftop.

C-10’s plan is to climate-proof the Seabrook monitoring stations using radio transmitters powered by solar panels and backed up by batteries. The data would be sent to the hilltop tower and back to headquarters wirelessly.

The solution was designed by David Theodore, cofounder of Cohasset-based Climate Resilient Internet.

“Somebody had to solve this problem where the digital age is meeting the fury of climate change,” Theodore said. “It’s not even new technology.”

Back in the 1950s, ’60s and ’70s radio waves were used to carry telephone calls across country, and Theodore was involved with setting up some early wireless internet networks across Boston and Cambridge.

Theodore’s solution to make the internet resilient to climate change will use this old technology in a new way. He said wireless backup of data, stored remotely in the cloud, could bypass the physical internet links that climate change could potentially disrupt.

“If Boston lost internet and cloud access for weeks there would be billions of dollars in losses, and it would be hard to come back from that,” he said.

In 2012, Superstorm Sandy knocked out internet in parts of lower Manhattan and Wall Street, and it took days to restore service to some sites. Hurricane Maria took out parts of Puerto Rico’s internet for months.

Northeastern’s Stephen Flynn said we should build out the internet with the expectation that climate change will disrupt it.

“So you actually have in the design the means to essentially get it back up and running again, and those are design things that we have the engineering and science know-how to do,” he said. “The market, though, hasn’t rewarded us the investment to do that.”

The Department of Energy’s Argonne National Lab has teamed up with internet service provider AT&T to use government supercomputers and climate change models to predict and map future internet vulnerabilities globally and locally. The first phase focuses on Ashburn, Virginia, where 70% of the world’s internet traffic flows.

“We’re all vulnerable,” said Argonne’s Duane Verner. “We all need to think about how we can have backups within our own houses and then building out from there.”

We can hope for the best but the rapidly changing climate requires us to prepare for the worst.

Tue Aug 17 , 2021
The Nord 2 is the latest mid-range smartphone from OnePlus that offers near top-level performance but at half the price of its flagship devices. Priced from £399, it sits below the £629 OnePlus 9 and £829 9 Pro and follows on from the successful first Nord. Being lower in cost […] 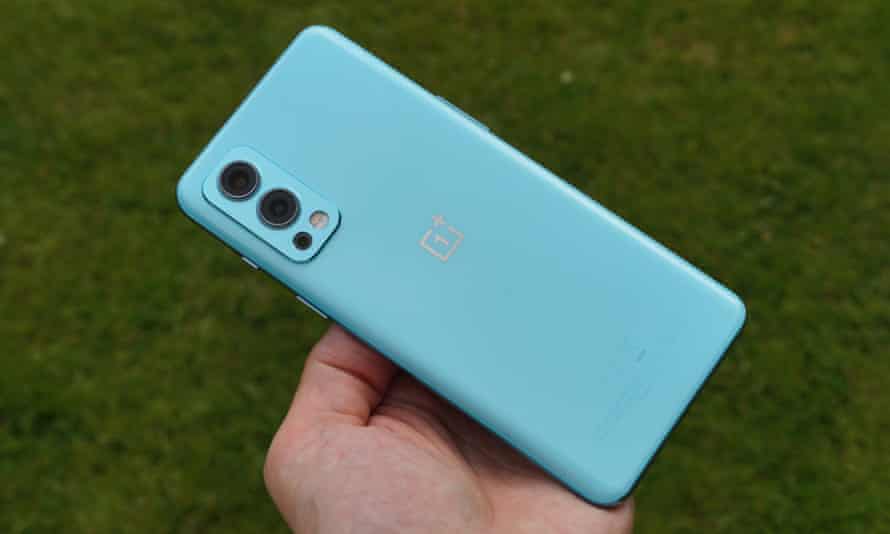