At least two more people were detained in connection with Chinese mobile applications — Power Bank, EZPlan, etc — scam in which 5 lakh Indians were duped of thousands of crores.

The Surat police in Gujarat detained two persons, who were wanted in connection with a Rs 520 crore mobile application scam, an official said on Thursday.

The police have nabbed Magdalla Road resident Vijay Vanzara and Jay Parekh, a resident of Adajan in Surat city, who were wanted by the Bengaluru police for allegedly cheating lakhs of people, the official said.

As per a release issued by the Surat police, the Bengaluru police were searching for the duo, after a complaint of cheating and a case under the Information Technology Act was registered against them.

The duo was part of a larger network, which had cheated more than 5 lakh people from different parts of the country, of over Rs 520 crore in two months on the pretext of providing lucrative returns on investments through two mobile applications, the release stated.

The development came after Delhi police’s cyber cell on Wednesday arrested 11 men, including two chartered accountants, in this cheating case, it stated.

Vanzara and Parekh had helped the main culprits in setting up a bogus company in Surat to divert the fraudulently acquired money from the victims, the police said.

In order to dodge the authorities, the duo had declared that the company receives payments from online gaming, eCommerce and other social media operations, it said.

As per the release, the investigations had revealed that the company was one of the several bogus firms, which were set up just to receive the fraudulently acquired funds and then transfer it to the masterminds.

The main accused held by Delhi police had made mobile apps – Power Bank and EZPlan, which offered lucrative returns on investments, the release said.

The Power Bank app projected itself as a Bengaluru-based start-up, but its server was traced to China, it stated.

In order to entice a large number of people to invest more money, the accused gave a small payout amounting to 5 to 10 per cent of the invested money. After gaining trust, people started investing more money and circulating and sharing the apps with their friends and relatives, the police said.

It was found that the accused had created a web of around 25 shell companies for routing the fraud money. These companies were located in different parts of the country, and the money was being moved from one account to another to hide the trail, the release said.

Money was being moved to hide trail

“These companies were located in different parts of the country and the money was being moved from one account to another to hide the trail,” Deputy Commissioner of Police (Cyber Cell) Anyesh Roy said.

Police analysed the mobile numbers connected with the bank accounts and found that one of the accused, identified as Sheikh Robin, was in Uluberia, West Bengal, police said.

Raids were conducted at various locations

On June 2, raids were conducted at multiple locations and one Robin was arrested. At the same time, nine others, including two CAs — Avik Kedia, a resident of Gurgaon, and Ronak Bansal, a resident of Katwaria Sarai — were arrested from Delhi-NCR, the DCP said.

Over 100 shell companies were created, sold to Chinese nationals

The CAs created over 110 shell companies and sold these companies to some Chinese nationals for Rs 2 to 3 lakh each, police said.

Robin, who was contacted by a Chinese national through messaging app Telegram, initially opened a bank account for these fraudsters, but later started acting as an operative whose primary task was to manage the large number of fund transfers, the DCP said, adding that at the time of the arrest, he was operating around 29 bank accounts, police said.

The main Chinese handlers behind this massive scam used to randomly contact people over various apps such as WhatsApp and Telegram and hired the interested persons as partners for procuring bogus bank accounts, creating shell companies, circulating and promoting the apps, transferring money, they said.

Several Chinese nationals have been found behind this scam so far. Investigation in respect of their whereabouts, specific roles and their large fraud network is underway, police added.

(With inputs from PTI)

Tue Jun 15 , 2021
Paycom is a cloud-based payroll service, meaning your data is stored on the cloud and you can access your account anywhere you have internet access. This being said, although Paycom is typically considered a payroll software first, its service combines broader human resources management into one application. Paycom breaks down […] 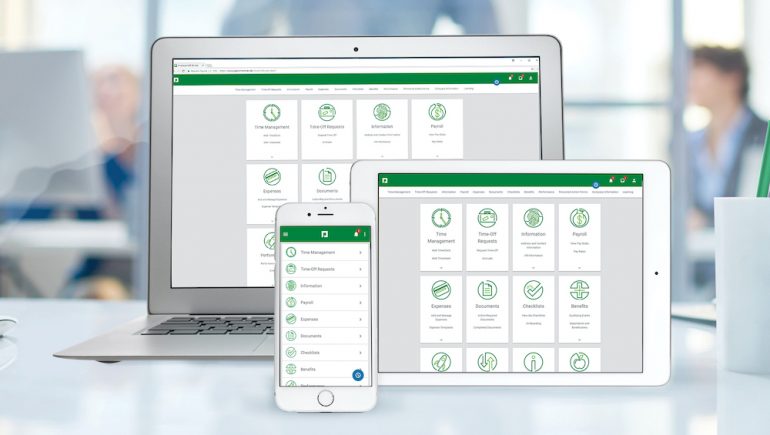