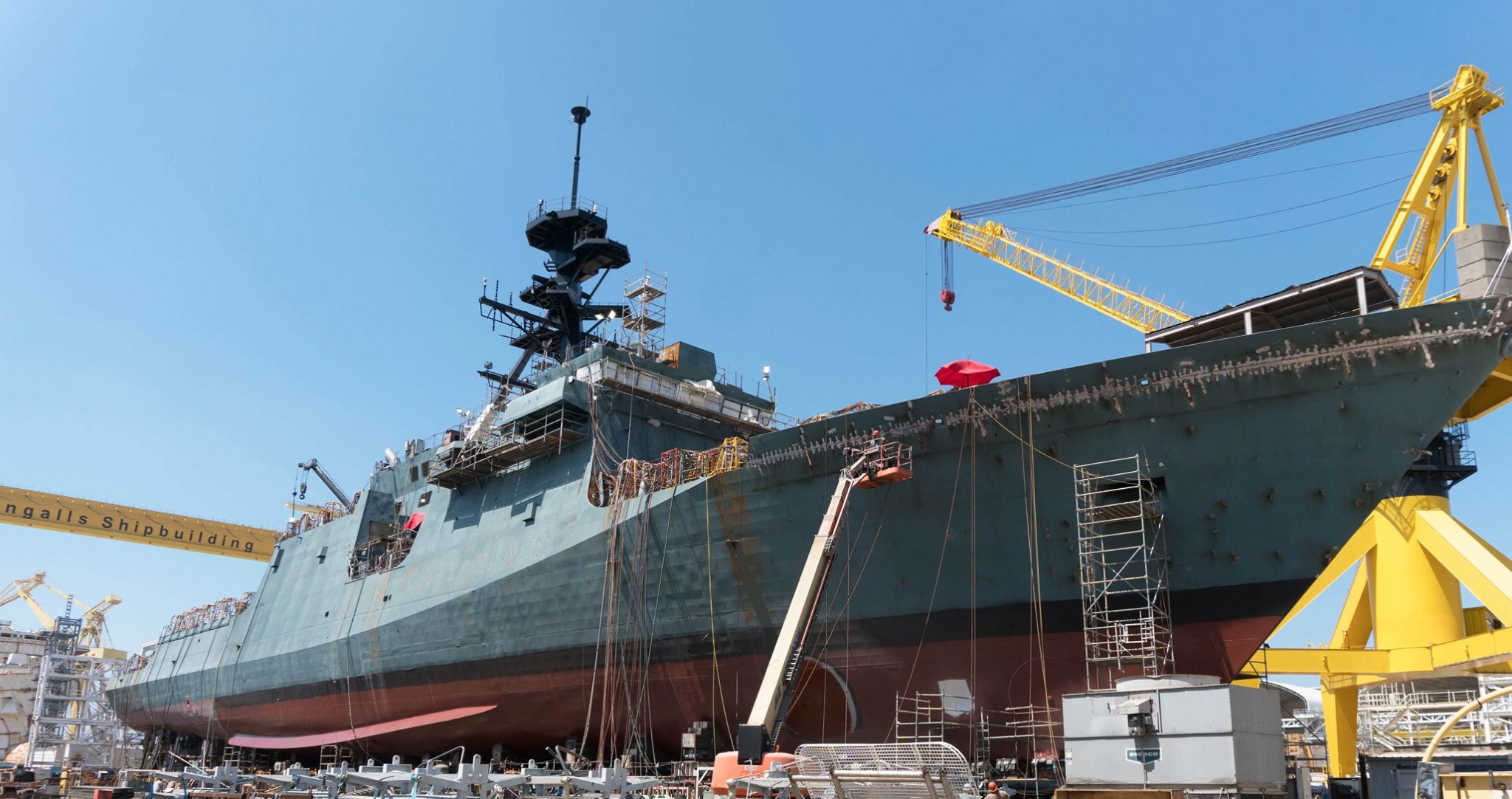 The acquisition of the McLean, Va.-based Alion adds to other recent HII buys the company said will better position its shipbuilding business to shape its platforms for a future U.S. military that will rely more on emerging technologies like unmanned systems, CEO Mike Petters said in a call with investors on Tuesday.

The Navy is in the midst of crafting a future fleet that will better link ships, aircraft and future unmanned systems to create a network of sensing and shooting nodes to better fight a distributed conflict over vast stretches of ocean.

“[The] Navy’s DMO concept integrates manned and unmanned platforms for networked naval warfare leveraging AI and automation for improved lethality and force resiliency,” according to a presentation on the deal released during the Tuesday investor’s call.
An “HII + Alion combination will provide differentiated capabilities for DMO pursuit.”

The idea behind the acquisition, Petters said, is to give a better sense of how to shape its ships in the future.

HII’s Ingalls Shipbuilding and General Dynamics Bath Iron Works are the two yards with the capacity to construct the service’s next-generation destroyer DDG(X), USNI News understands. The next-generation destroyer will be designed with a distributed fleet in mind. HII is also one of five companies that were awarded study contracts to develop concepts for the Navy’s Large Unmanned Surface Vessel (LUSV) last month.