Starting with iOS 15, iPadOS 15, macOS Monterey, and watchOS 8, Apple will cut back on integration between Siri and third-party apps, drastically reducing the type and number of commands users will be able to invoke through the virtual assistant for third-party apps. 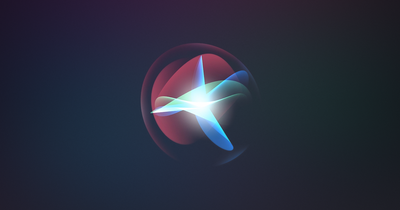 Alongside removing support for ride-booking apps to integrate with ‌Siri‌, Apple is also cutting back on ‌Siri‌’s ability to integrate with to-do apps. With the new changes, users of popular to-do and note apps, such as Things 3 or Todoist, will no longer be able to create a new task list, delete a task, or amend a note by simply asking ‌Siri‌. The ability to create new tasks, however, will remain.

Additional changes include the deprecation of SiriKit intents that allow users to make bill payments with third-party apps, search for bills, or transfer money between two accounts within a specific app. Apple is also cutting back on several CarPlay intents, removing the ability for users to use ‌Siri‌ to set an audio source in a car, adjust climate, seat, or defroster settings.

Ahead of when these changes go into effect, Apple advises that developers update their apps to remove any marketing material, such as graphics or instructional material, that informs users of the ability to use ‌Siri‌ to conduct certain tasks. Apple further notes that developers will not need to remove the soon to be deprecated SiriKit APIs from their apps code but will receive warnings when attempting to compile their apps with Xcode.

Make plans to update any promotional activities that highlight the functionality provided by these APIs in your app. Please note that the symbols will remain in the SDK, so you don’t need to remove the API calls from your app. However, you’ll receive compile-time warnings alerting you to the deprecation going forward.

Apple is rather quiet on why it’s deciding to suddenly limit ‌Siri‌’s integration with third-party apps, especially as the company is in the midst of growing concerns around anti-competitive conduct. Several developers, companies, and governments are investigating Apple regarding alleged actions that stifle competition from third-party developers, and at the same time, further promote first-party apps and services.

The latest round of changes to SiriKit may spark additional concerns, as some large developers will no longer be offered features that are available to first-party apps made by Apple.

With the new updates, if a user attempts to make a command not supported for third-party apps, ‌Siri‌ will respond by saying that the command cannot be completed. ‌iOS 15‌, alongside ‌iPadOS 15‌, ‌macOS Monterey‌, and ‌watchOS 8‌, are all set to be released this fall and are currently in beta testing with developers and public beta testers.

Sat Jul 31 , 2021
Simone Biles, 24, faced a crushing defeat at the 2020 Tokyo Olympics women’s gymnastics’ finals Tuesday as she stepped away from the competition early because of a “medical issue.” Fans were quick to remind the world this is merely a blip in the celebrated gymnast’s outstanding career. The Olympic medalist […]