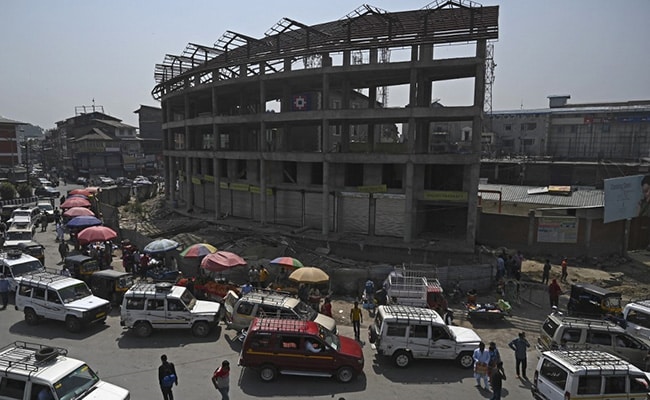 Restrictions, including those on internet services, imposed following the death of hardline separatist leader Syed Ali Shah Geelani last week have been eased and the situation is “fully normal in both regions of Jammu and Kashmir”, police tweeted Tuesday, as it highlighted “special restraint” on the part of security forces and “very responsible conduct of local people”.

Jammu and Kashmir DGP Dilbag Singh was quoted as complimenting police, the Army and the Central Armed Police Force for their “highly professional handling of the ground situation”.

“We have to move forward together to strengthen peace (by) identifying enemies of peace and weaning out mischievous elements (and) strictly dealing with them under law. Most restrictions are eased, including internet… situation is fully normal… but under close watch,” J&K Police tweeted.

Most of the restrictions are eased including the Internet and situation is fully normal in both regions of Kashmir and jammu but under close watch.

Last week, days after his death, police said the situation “is under control” and that “not a single untoward incident happened in the last two days… due to the cooperation of people”.

“We are going to review snapping of phone lines and internet services and I believe we will restore them soon,” Dilbag Singh had said.

Apart from snapping of internet services, on the first Friday after Mr Geelani’s death, all major mosques and shrines were shut to prevent protests or in absentia holding of funeral prayers.

Mr Geelani, 92, died last week and was buried at a graveyard near his residence.

His family has alleged they were not allowed to participate in the last rites after the police broke down doors, mistreated family members and forcibly took away the body.

“Police took away the body. We wanted a burial in the morning but they refused. They broke open the doors and misbehaved with the family,” Naseem Geelani, his son, said.

The police defended the move, saying the family had agreed to a night-time burial only to change their mind – “probably under pressure from Pakistan and miscreants” – and force authorities’ hand.

The police also uploaded videos showing the funeral taking place to counter those and other rumours that Mr Geelani was buried without the mandatory ablution and shrouding.

With input from PTI