Starlink aims to provide internet services to customers on Earth by creating a network of thousands of satellites known in the space industry as a constellation. 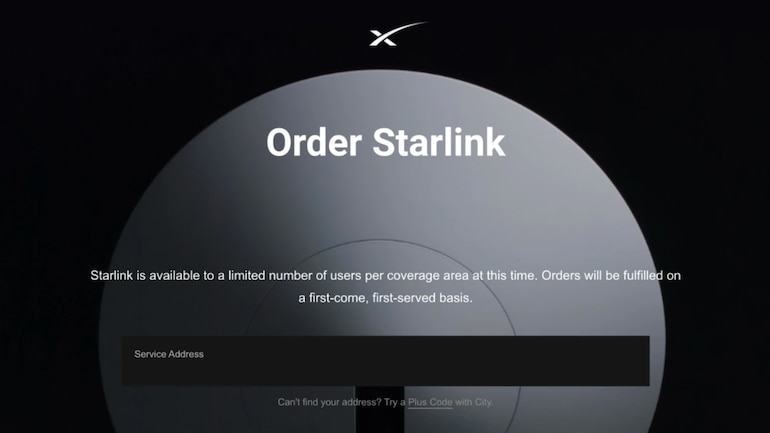 Elon Musk’s SpaceX-backed satellite service company Starlink has shipped 1 lakh terminals. Musk in a series of tweets on Monday noted that the satellite-internet company is now serving 14 countries with license applications pending in others. Starlink aims to provide internet services to customers on Earth by creating a network of thousands of satellites known in the space industry as a constellation. Starlink had noted that it gained 90,000 subscribers in July which means that the company gained 10,000 subscribers in the past month.

As of now, SpaceX has deployed around 1,800 satellites for the Starlink constellation and its goal is to launch around 42,000 Starlink satellites into low-Earth orbit by mid-2027. In May, Musk said the low-Earth orbiting satellite network had received more than 500,000 preorders for its internet service and anticipates no technical problems meeting demand. He had previously noted that Starlink will be “probably out of beta this summer.”

Meanwhile, SpaceX’s Starlink satellite has matched up to the speed of broadband. Earlier this month, a report by Ookla speed test revealed that the speed of the Starlink Internet has improved a lot, and it is now close to the speed offered by wired broadband. The Ookla report said that Starlink was the only provider amongst the three with a median latency that was anywhere near that seen on fixed broadband. Starlink was able to achieve this feat because of its low earth orbit (LEO) satellite constellation. This makes the satellites closer to the earth’s surface as compared to the traditional internet service provider.

In late 2020, the satellite-based internet service, Starlink started accepting pre-orders around the world including India for $99 which is roughly above Rs 7000. Internet connectivity is expected to be made available to Indian users in 2022 through satellites that SpaceX will launch in orbit. It is currently in the beta-testing phase. Any user can go and check the availability of the services in their area through Starlink’s website

Interested users in India can pay a deposit of $99, which is a little over Rs 7000 to pre-book their Starlink broadband. The company has noted that this amount is refundable. Users can check the availability of the service by typing in their city and postal code. Users in the USA, Australia, and Mexico get a Starlink kit for $499, which includes everything users will need to connect to the internet including Starlink, wifi router, power supply, cables, and mounting tripod.

What Happens on the Internet Every Minute (2022 Version) [Infographic]