Microsoft announced today that Windows 11 will be available to the general public from 5 October 2021. The latest iteration of the Windows operating system was initially unveiled in June, after a fair amount of speculation: those fortunate enough to enrol in the beta programme have been testing the software since then but, between these people and the brave souls who downloaded a leaked version after the original announcement, very few of us have yet seen Windows 11 in the flesh.

As of 5 October, that will change. From that date onwards, owners of Windows 10 will be entitled to a free upgrade to Windows 11, and Microsoft also says that some PCs that come with Windows 11 pre-installed will also become available to purchase. You can find a list of example products over on the Microsoft blog post on the subject. 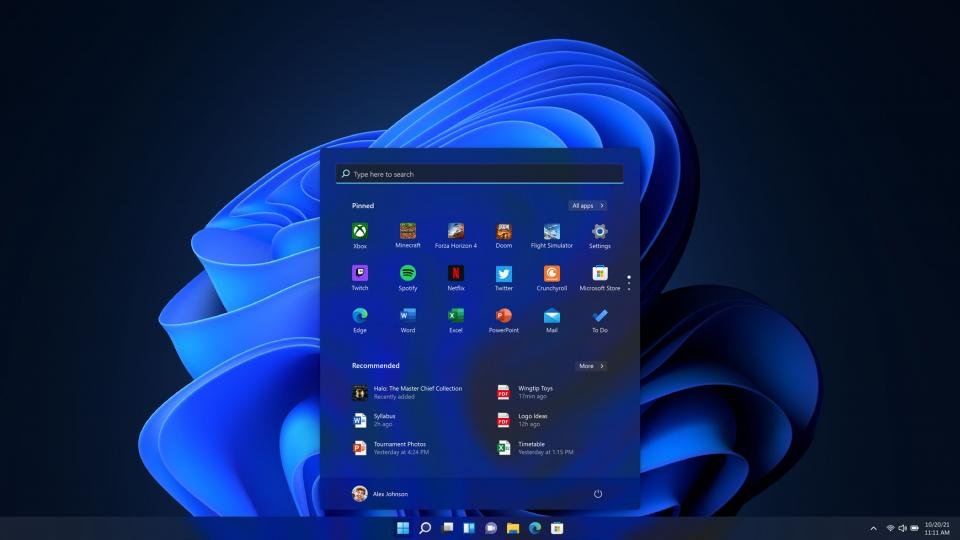 In case you haven’t already read up on the subject, Windows 11 brings with it a host of UI changes, alongside a number of new features centred around both productivity and recreation (ie gaming). You can find out more about what’s new in Windows 11 via our dedicated page but the headlines are as follows:

Despite the imminent launch date, the upgrade process will be slow, Microsoft says. Updates will be offered initially to new Windows 10 PCs/laptops and will then roll out to older eligible devices based on a few different parameters, including things like the age of the product and its internal hardware. Microsoft expects to have finished the bulk of the Windows 11 upgrade by “mid-2022”.

Windows 11 will, inevitably, also be available to purchase as a standalone product, although as of yet we’re not sure how much the software will cost. It currently costs £120 to purchase Windows 10 Home and £220 for Windows 10 Pro, so we anticipate you’ll have to fork out similar sums for the new iteration.

If you love Windows 10 too much to upgrade – or, more likely, you’re on an older machine – don’t panic: Microsoft says it will be supporting Windows 10 with features and/or security updates until 14 October 2025. In fact, the next major update for Windows 10 is inbound, Microsoft says.

To help you make the upgrade, Microsoft is launching the PC Health Check app, which will assess the viability of an upgrade to Windows 11. In the meantime, and while you wait impatiently for 5 October to roll around, you can check out the minimum recommended specifications for Windows 11 here.

Sun Sep 5 , 2021
A new version of the Flipboard app that’s now available to download incorporates something that the company says has been the top request it consistently gets from users. That request is more granular customization for the app’s “For You” section, with its inclusion in this latest app update following what’s […]